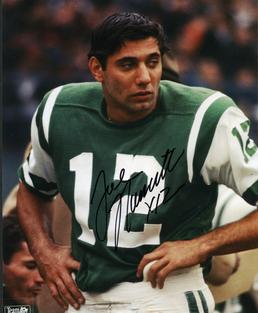 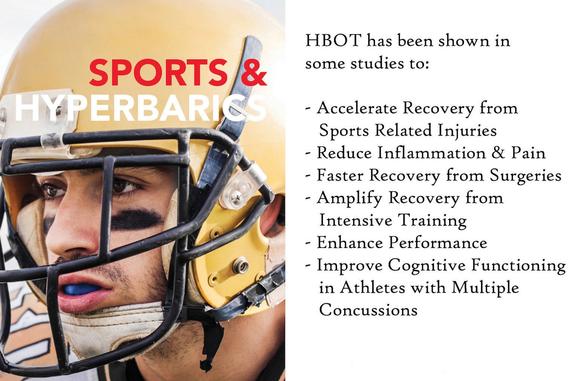 Injuries caused by sports related activities are a substantial concern among players, coaches and parents alike. As inflammation and pain play primary roles with respect to recovery, hyperbaric oxygen therapy (HBOT) has been shown to significantly reduce inflammation and ameliorate pain. Additionally, HBOT can accelerate and enhance healing from surgeries and wounds. New evidence supports HBOT as an adjunct and practical treatment to help moderate the effects of traumatic brain injuries (TBI) and enhance brain scan results. HBOT is often utilized by physicians and individuals to help reach a full recovery from high-impact insults to the body and is currently used by some of the U.S. Olympic Teams to treat sports-related injuries as a part of their official medical techniques and equipment. Studies have demonstrated the benefits of HBOT for sports-related injuries with the following:

Study: NFL Athlete Improves Cognitive Functioning with HBOT
In 2011, a case report was published involving an NFL player who suffered multiple concussions. This subsequently led to the development of hydrocephalus (accumulated fluid within the brain), which required emergency shunt brain surgery. The star athlete continued playing and won the Super Bowl, only for his shunt to fail, which led to additional emergency back-to-back surgeries. Following his surgeries, he received 40, one hour treatments of HBOT. After the treatment protocol, he was independently assessed with neurocognitive evaluations and brain scans by the Amen Clinic in California. Marked improvement in 5 out of 6 indices on the MicroCog assessment for cognitive functioning (a computerized assessment sequence designed to detect early signs of cognitive impairment) was confirmed, in addition to drastic enhancements with respect to his brain scan.

The Food and Drug Administration recently gave Jupiter Medical Center researchers the green light to study the effectiveness of hyperbaric oxygen therapy, which has been used to treat tough infections, chronic ulcers and other injuries.

Broadway Joe returned to New York on Tuesday with researchers and administrators from the Jupiter Medical Center to help the Florida facility raise $10 million to launch a clinical trial to study the effectiveness of hyperbaric oxygen therapy in treating football players, military veterans, car crash survivors and others suffering from traumatic brain injuries.

“Brain trauma doesn’t discriminate,” Namath said during a press conference at the Grand Hyatt in Midtown. “You don’t have to be a sportsman.”

The research will be conducted at the facility’s Joe Namath Neurological Research Center, which officially opened in Jupiter, Fla., on Tuesday.

The Food and Drug Administration recently gave Jupiter Medical Center researchers the green light to study the effectiveness of hyperbaric oxygen therapy, which has been used to treat tough infections, chronic ulcers and other injuries. President and chief executive officer John Couris said the center is seeking $10 million in grants to conduct a study that will treat 100 patients free of charge.

“We want to be able to say to the men and women who bravely served in Afghanistan and Iraq, as well as athletes, accident victims and people who have suffered from strokes that we can offer this to them even if they can’t afford it,” Couris said.

Namath said he suffered at least five concussions during his football career. He said he has enjoyed good health since he retired from the NFL, but became worried in recent years about the condition of his brain and has watched several teammates struggle with cognitive and emotional problems. Namath said his memory also began to slip.

Almost one-third of former NFL players suffer from some type of brain damage, according to court documents filed in the class-action concussion lawsuit filed by 5,000 retirees.

Namath said the 120 sessions he had in a hyperbaric chamber between August 2012 and March 2013 improved his mental acuity and boosted his energy. JMC researchers say brain scans show oxygen revived parts of his brain that had been dormant.

“Now, if I forget things, it’s my own fault,” Namath said.